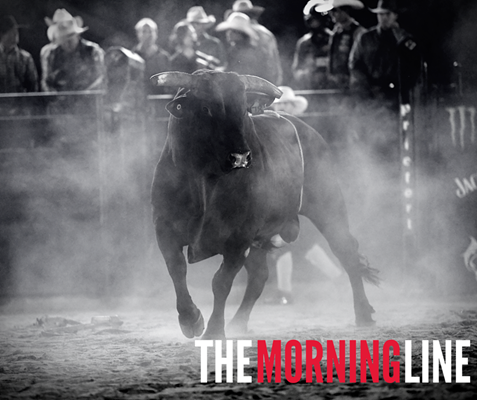 The cowboys of the PBR Australia Monster Energy Tour will have to navigate a tricky draw at the 2019 Cairns Invitational, but as a group, they have been riding very well, and we should see them maintain their above average riding percentage.

History tells us that the cowboys have dominated the long rounds in Cairns over the years. It also tells us that the bulls have not allowed a single qualified ride in the Championship Round in the past two editions.

It will be a fascinating night. Let's break down some of the highlight long round matchups:

Brady Fielder on Cowboy Cash (Wallace Bucking Bulls):
Cowboy Cash has had two qualified rides recorded in his two career PBR outs with Justin Paton and Aaron Kleier both making the whistle. The lefties put up 84 and 81.5 points respectively and Fielder, who is coming off back-to-back top-5 finishes, will be the first right-handed rider to attempt him. I don't think Fielder will have too many issues here despite Cowboy Cash turning back to the left. He looks to have good rhythm and doesn't appear to have any tricks in his action.

Josh Cavanagh on Disturbed (Diamond J Rodeo Co.):
Disturbed has not been seen on tour since the 2018 PBR Australia Grand Finals where he was covered twice. Toby Leake was 82.5 points, and Lane Mellers was 77 points. Disturbed likes to change his direction of spin multiple times during the ride, but his initial turn back is usually to the right. Cavanagh has made some outstanding bull rides since finding his way onto the tour, and he gets a great chance to add another score here.

Cliff Richardson on Indian Outlaw (Kleier Bucking Bulls):
We rarely see Indian Outlaw at PBR Australia events, but in the six trips we have witnessed, two bull riders have made the whistle. Malcolm Woodard was 82 points last season at the Monster Energy Tour event in Rockhampton. Richardson will easily be the toughest opponent this bull has gone up against, and he is expected to turn back to the right and into the hand of the rider. We should see a qualified ride posted.

Troy Wilkinson on Shots (Dittmann Bucking Bulls):
Wilkinson has a run of drawing tough bucking bulls that turn back away from his hand over the past few months. Shots is one of those bulls that can turn back in either direction, but his last two trips have been to the right with Lane Mellers scoring 84 points last week in Brisbane. Wilkinson made a lovely ride around to the right on Rev It Up at PBR Origin, and I think he is good enough to make the 8 seconds on Shots regardless of what direction the bull chooses.

Lachlan Richardson on Notorious (Brandenburg Bucking Bulls):
It has been exactly one year since we last saw Notorious ridden in PBR competition with the last seven riders hitting the dirt early with some fast buck off times appearing on his profile. Justin Paton and Aaron Kleier were the last riders to get the job done, and that was at the PBR Global Cup in Sydney last year. He usually turns back to the left but on Saturday at Last Cowboy Standing he went to the right. Either way, he packs plenty of speed and power, and a refreshed and healthy Richardson will have his work cut out to make the whistle here.

Joshua Jones on Super Natural (Wallace Bucking Bulls):
I am looking forward to this matchup, and I think Jones can bounce back after bucking off his last four bulls. Super Natural has been covered in five of his last six outs with Lachlan Slade the latest rider to make the whistle, recording a monster 88.5 point ride last weekend. The bull does suit right handed riders better, but lefties still have a chance with Super Natural's timing keeping them in the game.

Aaron Kleier on Freckles Brown (Wallace Bucking Bulls):
These two will matchup for the first time, but it will be the second time that Kleier has climbed aboard. A fortnight ago, Freckles Brown hipped himself leaving the chute, giving Kleier a re-ride. The bull bounced back in a big way last weekend with a 44 point out against Cliff Richardson. Kleier has an excellent record of conquering unridden bulls, and with Freckles Brown expected to turn back into his hand, he could add another one to his list.

Rubens Barbosa on Gangatino (Brandenburg Bucking Bulls):
We have seen this bull a few times on tour this year, and on two of the three occasions, the rider has posted a solid score. Lachlan Richardson was 86 points at Julia Creek and then last Saturday, Josh Cavanagh posted his own 87 point effort. Barbosa will be fired up for this after things didn't go his way in Brisbane. Gangatino possesses excellent tempo, kicks high and as long as Barbosa doesn't end up over the front end, the Brazilian should be able to make the whistle.

Kurt Shephard on Silent Rage (Dittmann Bucking Bulls):
Shephard is the hottest rider in the country, and I have the feeling he could ride just about anything you put him on at the moment. Silent Rage is a veteran bull who produces a consistent action in most of his performances. Jay Borghero won Round 3 of the PBR Australia Grand Finals last season with 84.25 points on this bull, but the previous three cowboys have come down early. Silent Rage will enter a left-handed spin which should see Shephard leave the chutes as a short-priced favourite.

Lane Mellers on POA Ray Ban (Dittmann Bucking Bulls):
This matchup looks as though it could be the highlight of the night. A veteran, rarely ridden bull up against a young-gun brimming with confidence. Just two scores have been recorded on this bull in the past two seasons with Cody Heffernan going 89 points back in 2018, and Nathan Burtenshaw was 89.5 points at PBR Origin a fortnight ago. Expect Mellers and Ray Ban to do battle around to the right which should bode well for the MJ Bucking Bulls team rider.