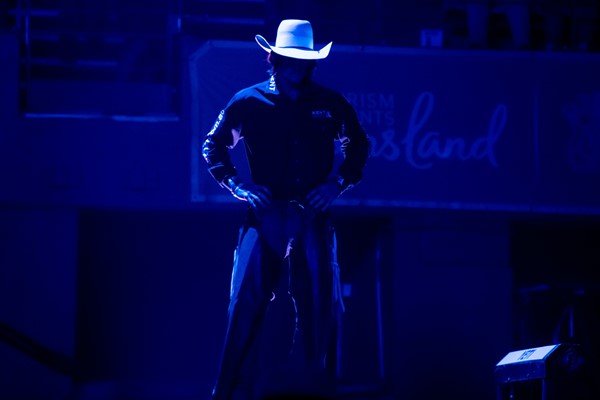 The 2022 PBR Australia season will continue July 16 in Cairns, Queensland.

COMPETITION CONTINUES IN CAIRNS  – This weekend PBR Australia will travel to Cairns, Queensland. As the 17th event of the 2022 season, the PBR Monster Energy Tour Cairns Invitational will buck into Cairns Convention Centre on Saturday, July 16 at 7:00 p.m. AEDT.

THIS WEEKEND’S FORMAT – The PBR Australia Monster Energy Tour’s Cairns Invitational at Cairns Convention Centre will feature three rounds of bull riding. After all competing bull riders attempt one bull each in Round 1 and Round 2, the Top 8 riders will advance to the championship round where they will draft their final animal athlete opponent. The event champion will be determined by the rider with the highest total score from their three draws.

RICHARDSON RISES TO NO. 1 – Lachlan Richardson will travel to Cairns, Queensland, this weekend as the No. 1 ranked bull rider in the 2022 PBR Australia standings. The seven-time PBR World Finals Qualifier overtook the top position in June at the Monster Energy Tour event in Rockhampton, Queensland, compliments of a third-place finish. Despite being bested in Round 1 by Rockslide in a hard-fought 7.86 seconds inside the Great Western Hotel, Richardson returned determined in the second round. In perfect time with Run For Your Life, Richardson topped the round courtesy of an event-best 85.5-point score. The New South Wales sensation, however, was no match for Ambush in the final round, sent to the ground in 3.11 seconds. Richardson, who began the event ranked No. 3, surged to No. 1 in the standings, pulling 12 points ahead of then No. 2 Cody Heffernan. In the weeks since, while Richardson rode at both Touring Pro Division events in Mount Isa, Queensland, he was shutout. As a result, while Richardson remained No. 1 in Australia, he leads new No. 2 Qynn Andersen by a slim 10.5 points. This weekend in Cairns, Richardson has drawn Mavericks Plum Loco in Round 1 and No Vacancy in Round 2.

PERFECT PAVLOU WINS ROCKHAMPTON – During the most recent PBR Australia event in Rockhampton, Queensland in mid-June, there was no rider more dominant than Kelsey Pavlou. Going a perfect 3-for-3, not only did Kelsey Pavlou win the event, but he also cracked the Top 5 in the race for the 2022 PBR Australia Championship. Pavlou first converted in Round 1 when he covered Ariat’s Flaunt It for 80 points. Seventh on the leaderboard entering Round 2, Pavlou then surged to the top of the event standings when he made the requisite 8 atop Bang and Grind for 82.5 points. Pavlou next readied to go head-to-head against King Kong in the championship round. As the last man to leave the chutes inside Great Western Hotel, Pavlou was a picture of perfection atop the mammoth animal athlete, reaching the whistle for 85 points to clinch the victory. The golden finish earned Pavlou a critical 89 national points, elevating him from No. 6 to No. 5 in the national standings. Following his win, while Pavlou competed at both Touring Pro Division events in Mount Isa, Queensland, he was shutout, going 0-for-3. As a result, Pavlou slid one position in the national standings, now No. 6 and 93 points behind No. 1 Lachlan Richardson. This weekend in Cairns, Pavlou has drawn Law& Order in Round 1 and Gangster’s Retreat in Round 2.

KLEIER MARCHES TOWARDS HISTORY – This season, Aaron Kleier is attempting to accomplish a feat never before done by any rider in PBR history. After tying David Kennedy for most Australian national titles won by one rider in 2021, each now with four, should Kleier win his unprecedented fifth consecutive national title at season’s end, he would become the winningest bull rider in PBR Australia competition. And at the recent Touring Pro Division event in Mount Isa, Queensland, Kleier inched closer to making that a reality. Compliments of a walk-off, 90-point ride, four-time Kleier won the first of two developmental events in Mount Isa to surge to No. 3 in the heated battle to be crowned the 2022 PBR Australia Champion. In Round 1, Kleier first put points on the board when he covered Random Assault for 87 points. Tied for second on the event leaderboard, Kleier next readied to go head-to-head against Super Natural.  In near picture-perfect form, Kleier covered the powerful animal athlete for a monstrous 90 points, clinching the PBR Mount Isa Show event win. The 90-point ride was the second of Kleier’s career, and first on Australian soil in 2022. For his efforts, Kleier earned 27 national points. Not competing during the second night of competition in Mount Isa, Kleier slipped to No. 4 in the national standings, now a slim 15.5 points behind No. 1 Lachlan Richardson. Eager to continue his climb up the rankings, Kleier will look to surpass Richardson this weekend in Cairns, first attempting Bombshell in Round 1, followed by Comeback Kid in Round 2.

FAMILIAR WATERS – In Round 1 of this weekend’s PBR Cairns Invitational, four riders will face familiar foes, with just one having previously made the 8. For Brady Fielder, he will look to remain perfect against Random Assault. In 2021, Fiedler rode the bull for 83 points during the Mackay Invitational. Jack Keats, Jake Curr and Kurt Shephard will all look to reverse their fortunes aboard their opening round draws in Cairns. Keats and Shephard are both facing bulls that have already attempted once this season. Keats was bucked off by Living Dreams in Bloomsbury in 1.56 seasons, while Shephard was upended by Bad Moon in 2.3 seconds during the recent Touring Pro Division event in Mount Isa. Curr will have his rivalry with Rip Slinger renewed. The bovine athlete bucked off the Aussie in 2.35 seconds during the 2020 New Years Eve event in Rockhampton.

Round 2 of competition, however, will feature six rematches, with no rider having previously made the 8. Those matchups are:

PAST CAIRNS EVENT WINNERS – Historically, PBR Australia has held seven events in Cairns, Queensland, with the most recent being the second leg of the 2021 PBR Origin tournament. Competing in front of a home state crowd, Team Queensland defeated Team New South Wales 1,005.5-590.5 to earn their second consecutive Origin Championship.

Prior to the debut of Origin in Cairns in 2021, the city welcomed the organization six times. The complete list of those past winners is as follows:

BULL PEN – This weekend in Cairns, some of Australia’s rankest bovines will buck under new ownership. Previously owned by Wallace Bucking Bulls, Pretty Boy is now with the Dittmann Bucking Bulls outfit, and I’m a Thug and Razor Sharp will buck for MJ and Keliher Bucking Bulls.

NEXT UP – The 2022 PBR Australia season will continue on Saturday, July 23 for PBR Monster Energy Tour’s Caboolture Invitational in Caboolture, Queensland. Action at QSEC Arena will get underway at 7:00 p.m. AEDT.