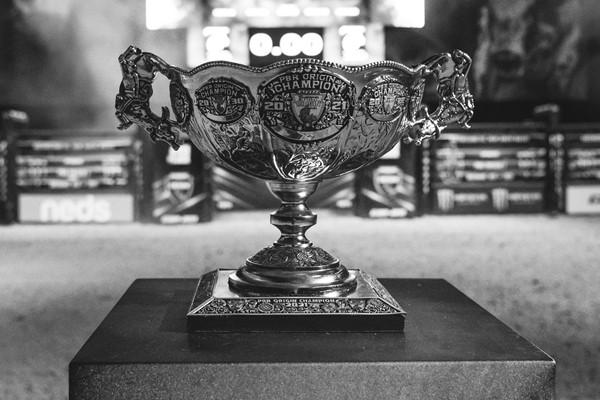 Ahead of the opening iteration of the 2022 PBR (Professional Bull Riders) Australia Monster Energy Tour Origin tournament, the organization has announced the complete 10-rider rosters that will represent Team New South Wales and Team Queensland at the state vs. state bull riding showdown.

A three-part series of Monster Energy Tour stops, the PBR Origin is modeled after the State of Origin rugby league event that is considered Australian sport’s greatest rivalry.

Each stop of the 2022 PBR Origin tournament will feature three rounds of competition. After each of the 10 competing bull riders for both teams attempt one bull each in Round 1 and Round 2, the Top 4 riders from each team will advance to the bonus round for one final out. The event winner will be the team with the highest combined score in the event aggregate.

While the Captains were selected earlier in 2022, the aforementioned teams were determined based on the standings following the most recent PBR Australia Monster Energy Tour event in Mildura, Victoria, on March 19.

PBR Australia held its first Origin event in 2019, when Team Queensland (682.5 points) defeated Team New South Wales (428.5 points) inside Sydney’s ICC Theatre. The Origin tournament returned in 2021, expanding to a three-part series of tour stops, with the Team Queensland Maroons again besting the Team New South Wales Blues, this time sweeping them through the first two events of the tournament.

Among the standouts on Team Queensland who will be keen to defend their title of PBR Origin Champions are: