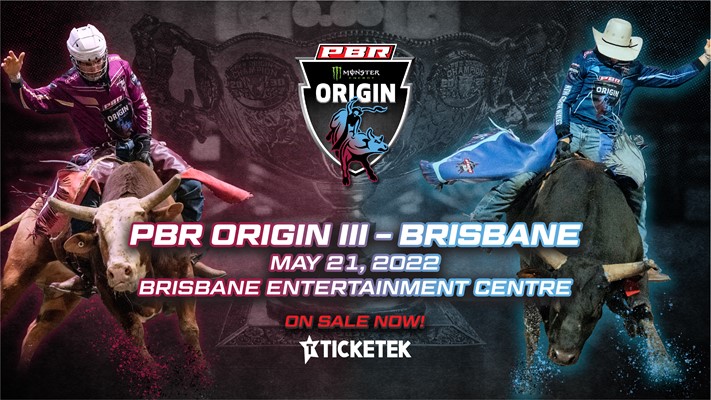 In 2022, for the third time in history, PBR (Professional Bull Riders) Australia will again stage its highly anticipated state vs. state Origin tournament, pitting Team Queensland head-to-head against Team New South Wales in a three-part series to determine which state is the supreme bull riding powerhouse. The third, and final, installment of the western sports showdown will be held May 21 in Brisbane, Queensland, at Brisbane Entertainment Centre.

Modeled after the State of Origin rugby event, considered Australian sport’s greatest rivalry, the PBR Origin tournament has been held twice prior. In 2022, more than $45,000 and crucial national points awarded to the competing athletes are on the line.

Brisbane was host to the opening installment of the 2021 PBR Origin tournament, as the raucous crowd inside Brisbane Entertainment Centre was kept on the edge of their seats until the final out as Team New South Wales and Team Queensland duked it out to determine which state is the supreme bull riding powerhouse. Holding off a hard-charging Team New South Wales, Team Queensland won the opening stop of the three-part tournament in Brisbane, edging the Blues by one ride and a mere 88 points.

For each iteration of the 2022 PBR Origin, each team will be comprised of 10 riders, including a Captain, who will be announced in the coming weeks.

While the Captain will ride at each of the three events, the remaining nine positions will be filled based on world and national standings at preselected dates throughout the season. The PBR Origins Champion will be the team that wins two or more events in the series.

Not including the 2021 PBR Origin stop, historically, PBR Australia has held nine events in Brisbane, including the uniquely progressive elimination formatted Last Cowboy Standing from 2015-2019. Riders from around the world travelled to Brisbane, Queensland looking to conquer Australia’s rankest bulls, earn crucial world and national points, and be crowned the season’s Australian Last Cowboy Standing.

Throughout the PBR’s storied history in Brisbane, only one rider, Cody Heffernan (Singleton, New South Wales), has won the tour stop in back-to-back seasons. After dominating the event in 2015, Heffernan was again crowned the Last Cowboy Standing in 2016 en route to his first PBR Australia Championship.

The bull riding action for PBR Origin III – Brisbane begins at 7:30 p.m. AEDT on Saturday, May 21 at Brisbane Entertainment Center. The event will feature three rounds of competition. After each of the 10 competing bull riders for both teams attempt one bull each in Round 1 and Round 2, the Top 4 riders from each team will advance to the bonus round for one final out. The event winner will be the team with the highest combined score in the event aggregate.

In addition to vying the title of PBR Australia Origin Champion and their share of the event purse, riders will also be competing for points towards the Australian national standings and broader PBR World standings.

Tickets for the PBR Origin III – Brisbane go on sale Friday, February 11, starting at $45, standard fees may apply, and can be purchased at pbraustralia.com.au. Fans will also have the chance to purchase the VIP on the Dirt Experience, a premium add-on, for $25.