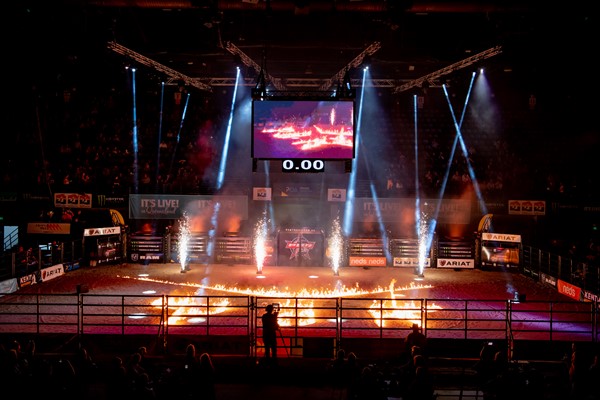 PBR (Professional Bull Riders) Australia has announced the 2021 tour schedule for the internationally televised Monster Energy Tour, slated to hold 16 events in 11 cities, beginning in May in Rockhampton.

The 2021 Monster Energy Tour – the third season as the nation’s premier professional bull riding series -- will be known as the Back to the Heartland Series. Celebrating iconic western sports venues, and locales of great significance to the cowboy culture, the tour will exclusively travel to cities throughout Queensland and New South Wales that have helped shape the bull riding landscape in Australia.

The action-packed line-up of events planned for 2021 also includes the return of PBR Origin, a now three-part series of tour stops modeled after the State of Origin rugby event that is considered Australian sport’s greatest rivalry.

The Monster Energy Tour features Australia’s elite bull riders, squaring off against the rankest bucking bulls from across the continent. Launched in 2019, Monster Energy Tour events offer competing riders the largest purses and most points of any bull-riding league events held in Australia. Fans will witness exhilarating 8-second rides and wrecks throughout the action-packed event as the PBR’s courageous riders face off against their 800-kilogram, animal-athlete opponents.

The 2021 season will get underway on May 7 in Rockhampton, Queensland, marking the first of six events slated to be held in the city throughout the calendar year. As one of the most travelled to cities in PBR Australia, Rockhampton hosted three Monster Energy Tour events in 2020, won by Lawson Nobbs, Aaron Kleier and Sam Woodall.

After the season-launch tour stop at Great Western Hotel, the following two events of the 2021 season will also be held in the City of Three S’s, with PBR Rockhampton Invitationals also planned for May 8 and June 12.

Later in the year, on July 31 and Sept. 4, PBR Australia’s Monster Energy Tour will make two additional trips to Rockhampton that will impact the race for the 2021 PBR Australia Championship. The league’s sixth Rockhampton event of the calendar year will be one of the first events that will shape the 2022 national title race, scheduled for Dec. 31.

From July 3-10, the league will then hold PBR Origin, as Queensland and New South Wales go head-to-head to determine which state is the more supreme bull riding powerhouse. PBR launched its version of the state vs. state event in 2019, when now three-time PBR Australia Champion Kleier led Queensland to victory.

Each team will be comprised of 10 riders, including a Captain, who will be announced in April 2021. The remaining nine positions will be filled based on world and national standings at preselected dates throughout the season. With more than $45,000 on the line, and crucial national points awarded to the competing athletes, the PBR Origins Champion will be the team that wins two or more events in the series.

On the heels of the Origin event, and a return to Rockhampton, the Back to the Heartland Series will return to Caboolture, Queensland, and QSEC Arena August 14.

Following the onset of the COVID-19 pandemic, Caboolture hosted the league’s return to competition, with a double-header, fan-attended tour stop in late September 2020. Eager to return to action, Queensland’s own Jack MacArthur and young gun Kelsey Pavlou won the historic events.

After the fifth Rockhampton event of the year, the Monster Energy Tour will hold back-to-back events in New South Wales, travelling to Graton at the Grafton Showgrounds Sept. 18, and Gunnedah and Gunnedah Showground Rodeo Arena Oct. 2.

While PBR Australia has held four prior events in Grafton, last in the city in 2019 when the now retired Cliff Richardson (Gresford, New South Wales) emerged the dominant contender, the 2021 event will mark the league’s debut in Gunnedah.

BB Print Stadium in Mackay, Queensland will then welcome the tour on October 9, followed by Capella, Queensland, and Bridgeman Park Capella Covered Arena hosting the league on October 20.

Much like Caboolture, Mackay also hosted a double-header PBR Australia event when the league resumed competition following the onset of the pandemic in 2020. The two events, held in mid-October, were won by Lane Mellers and Kurt Shephard. The Capella event will mark PBR Australia’s first event in the city in more than a decade, last travelling to the local in 2008.

The regular-season will conclude Nov. 20 in Tamworth, New South Wales at AELEC Arena for the PBR Tamworth Iron Cowboy. One of the nation’s most prestigious events, the Iron Cowboy will feature a unique format to be announced in the coming months.

For the fourth consecutive year, the season will culminate in Townsville, Queensland for the PBR Australia Grand Finals on November 26-27 where the 2021 PBR Australia Champion. Last season, Kleier made history at the season-culminating event, becoming the first rider in league history to win the nation’s championship in three consecutive seasons, also riding to the title in 2018 and 2019.

Fans can check with PBRAustralia.com.au for tickets to all 2021 events as well as the 2021 PBR Australia Grand Finals in Townsville, Queensland, at Townsville Entertainment Centre Nov. 26-27.