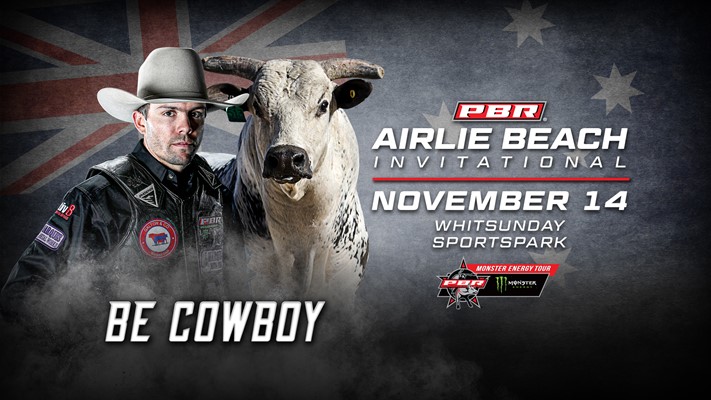 The 2020 PBR Airlie Beach Invitational will abide by a series of health standards and protocols created in consultation with the Airlie Beach Regional Council, and guided by the Queensland state government industry framework for safe events during COVID-19 (coronavirus), including:

In addition to Richardson and Kleier, both of whom are anticipated to compete in Airlie Beach, the 2020 season has seen the break-through performance by Sam Woodall (Heywood, Victoria), presently No. 3 in the national standings, 258 points behind No. 1 Richardson, and Jake Curr (Mount Isa, Queensland), the current No. 4-ranked rider in Australia, who is within 272 points of No. 1 Richardson.

For 22-year-old Woodall, his season has been highlighted by his career-first PBR event victory, notched at the most recent double-header in Rockhampton, Queensland.

With 2020 marking his third season competing amongst the PBR ranks, 21-year-old young gun Curr has gone 8-for-16 through 10 events in Australian competition to hold an impressive 50% riding average, all the while logging four Top-5 finishes.

The forthcoming double-header event in Airlie Beach will mark the 18th and 19th events, respectively, of the 2020 PBR Australia season.

The bull riding action begins at 1:00 p.m. AEST and 6:00 p.m. AEST on Saturday, November 14 at Whitsunday Sportspark. For both events, all riders will attempt one bull each in Round 1. The Top 8 will then advance to the championship round for one more out and a chance at the event title.

Tickets for the PBR Airlie Beach Invitational are on sale now for $48, standard fees may apply, and can be purchased at www.tix.pbraustralia.com.au.