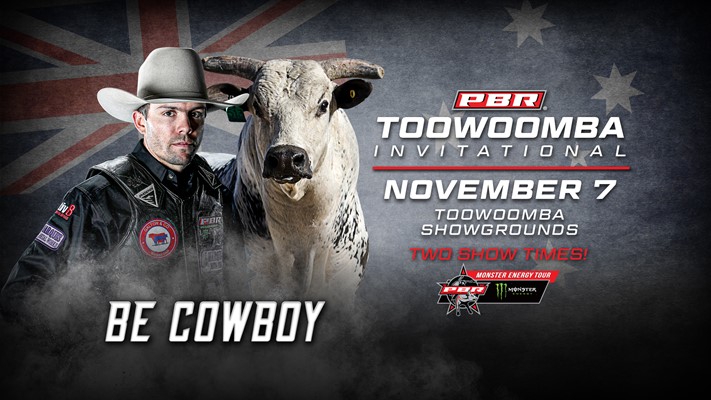 The 2020 PBR Toowoomba Invitational will abide by a series of health standards and protocols created in consultation with the Toowoomba Regional Council, and guided by the Queensland state government industry framework for safe events during COVID-19 (coronavirus), including:

When the PBR last bucked into The Garden City in 2016, Jason Mara (Cloncurry, Queensland) delivered a perfect 2-for-2 performance to win the Toowoomba All Star Challenge. First riding Ugly Kid Joe (Frank Biddle) for 86 points, the Queensland-native cemented the win when he went the distance aboard Rock Star (Hall Rodeo Co.) for 85 points.

Prior to the 2016 event, PBR Australia had travelled to Toowoomba five times. Chris Lowe (Uralla, New South Wales) won the first-ever league event in the city in 2010.

In addition to Richardson and Kleier, both of whom are anticipated to compete in Toowoomba, the 2020 season has seen the break-through performance by Sam Woodall (Heywood, Victoria), presently No. 3 in the national standings, 258 points behind No. 1 Richardson.

The 22-year-old’s season has been highlighted by his career-first PBR event victory, notched at the most recent double-header in Rockhampton, Queensland.

The bull riding action begins at 1:00 p.m. AEST and 6:00 p.m. AEST on Saturday, November 7 at the Toowoomba Showgrounds’ Indoor Arena. For both events, all riders will attempt one bull each in Round 1. The Top 8 will then advance to the championship round for one more out and a chance at the event title.

Tickets for the PBR Toowoomba Invitational are on sale now for $48, standard fees may apply, and can be purchased at www.tix.pbraustralia.com.au.