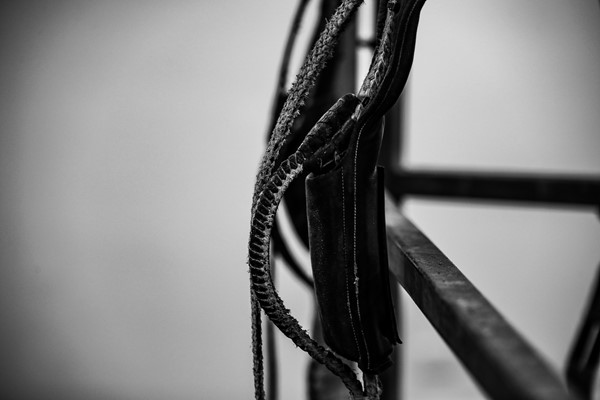 This event is always one of the most anticipated stops on the Monster Energy Tour schedule - and for good reason. Looking back through the statistics for events held in Cairns over the last five seasons, we see a common theme - above-average ride scores, bull scores and riding percentages.

Tonight's visit to Far North Queensland should be no different, and with all the end-of-season title races in full swing, nobody can afford to slip up.

Here are my must-see matchups:

Ben Moran on Ariat's Flaunt It (Dunne Bulls)
Moran went 0-for-4 across the two PBR Australia events at Mount Isa late last month, but he gets an excellent chance to bounce back here in the opening round. Leading into that event, the Yeppoon young-gun had recorded a qualified ride at his three previous tour stops. Flaunt It is the most experienced bull in the Round 1 pen, and he has been ridden for scores in eight of his last eleven trips. We have seen him turn back in both directions during that stretch. Left-handed riders have gone 3-for-5 for an average mark of around 82.50 points, and I think Moran can improve those statistics.

Kurt Shephard on Bad Moon (Dunne Bulls)
Bad Moon looks a friendly draw for Shephard, who has gone 2-for-6 since returning from injury. Three of the four scores recorded aboard this bull belong to left-handed riders, with the average score just above 84-points. These two matched up at Mount Isa, but judges called the bull for a foul early in the ride. Cairns has been an outstanding hunting ground for the Mareeba cowboy. He picked up the event win in 2017 and finished runner-up to Aaron Kleier in 2019 and Lawson Nobbs in 2021. Since Cairns became a mid-season event, Shephard has used this event as a springboard toward the Grand Finals, and the 2022 edition looks no different. He will start favourite in this matchup, with the bull expected to turn back into his riding hand.

Jake Curr on Rip Slinger (MJ Bucking Bulls and Keliher Bucking Bulls)
Curr increased his season riding percentage to almost 55% in Mount Isa with a perfect 4-for-4 performance. He posted his highest PBR ride score of 89-points in the weekend's final round to pick up the buckle for the Saturday night event. This will be the second time he will climb aboard Rip Slinger. This bull took the win over the Mount Isa talent in 2.35 seconds at the New Year's Eve event in Rockhampton in 2019. Even though this bull prefers to spin to the right, left-handers have a similar record to righties, with Aaron Kleier and Ben Moran posting scores in the past twelve months. I think it will be second time lucky for Curr, and we should see him emerge from the matchup with a handy mid-range score.

Cody Heffernan on Lightning (CF7 Bucking Bulls)
The Singleton bull rider has cooled off slightly since riding nine of his sixteen bulls across the two-month Origin period, but as the title fight intensifies, he won't stay down for long. He gets a nice chance to post a solid score here in the second round against Lightning. This bull has been ridden twice so far in his short career, with 85 points awarded to Lachlan Richardson and 89-points going the way of Taran Chirgwin. He tends to turn back to the right initially but can reverse the spin to the left as the bell approaches. If Heffernan can get himself off to a good start riding into his hand, I think he can grit out the final moments and finish the 8-seconds on top.

Michael Smith on Super Natural (CF7 Bucking Bulls)
This is a rematch from PBR Origin III in Brisbane, where Super Natural took the win over Smith in 5.16 seconds after surprising him with a fake to the right and a spin to the left. The Tully native would have been disappointed to let him slip by on that occasion, given the bull's rider-friendly record. Back-to-back scores in Mount Isa improved the cowboy's record against this bull to 13 qualified rides from 28 trips, with the average score now sitting at 85.56 points. The bull has been ridden in five of his last eight trips, and he mostly turns back to the right. We haven't seen Smith at a PBR Australia event since the final Origin match, but if this bull turns back into his hand, it should result in a qualified ride.

Brady Fielder on Holy Poly (Wallace Bucking Bulls)
This will be Fielder's final tour stop before he returns to the USA for PBR Teams duty with the Texas Rattlers, and I think he will go close to picking up his third event win of the season. The Clermont cowboy has finished in the money at eight straight PBR Australia events dating back to mid-November last year and won or finished runner-up in six of those eight. Holy Poly allowed two right-handers to post scores at Toowoomba earlier this season, with Lachlan Richardson taking the Round 1 win with 85.5 points and Cody Heffernan was third in Round 2 with 83.5 points. The bull has turned back to the right in each of his trips. That will put him into Fielder's hand, which should mean lights out.

Braith Nock on Ambush (MJ Bucking Bulls and Keliher Bucking Bulls)
We usually see Ambush in the Championship Round, but tonight he will be out in the long round, and I think he represents an outstanding opportunity for Nock to pick up some big points. These two went head-to-head in the bonus round at Origin III in Brisbane, with the Bendemeer bull rider coming down at 7.74 seconds. Nock went 2-from-4 out at Mount Isa last month and posted the highest marked PBR Australia ride of the previous seven years with 91-points - so his confidence will be booming. After giving up scores to three left-handed bull riders early in his career, Ambush bucked off seven straight riders before Lachlan Richardson posted a score for the right-handers at Cooyar for 87-points and the Round 2 win. This bull will again turn back to the left into his riding hand, ensuring this matchup will go down to the wire.

Qynn Andersen on Vertical Limits (Dittmann Bucking Bulls)
Andersen has shown no signs of slowing down as he continues to make his push for the Rookie of the Year title. He covered three of his four bulls at Mount Isa to record his eighth score from his last eleven attempts. Vertical Limits has been ridden just once since making his debut early in the 2021 season. That 86.5-point score went to leftie Aaron Kleier last year, with right-handed riders sitting on a combined 0-for-6. This bull produces a similar trip each time he bucks. He will leave the chute and fake to the left before turning back to the right. That will put him into the Koumala young-gun's riding hand and should allow Andersen to finish strong.

Aaron Kleier on Comeback Kid (Dittmann Bucking Bulls)
The Clermont champion picked up his fifth event win of the season on the Friday night in Mount Isa. He scored 87 points on Random Assault in the opening round, and he backed that up with 90 points aboard Super Natural in the second long go. Kleier sat out the Saturday night event with injury, but I don't think we have any reason to be concerned going into this event and the run to the Grand Finals. Comeback Kid has been tough to get by in his nineteen-out career. Just three cowboys have made the bell, with Qynn Andersen the most recent with an 86-point round winning ride at Brisbane in Origin III. We have only seen a couple of lefties attempt this bull in the last twelve months, but I think they will be the ones who will get the better of him. The bull will most likely turn back to the left, into Kleier's hand and provide the four-time Gold Buckle winner with a stack of points and an excellent position in the Championship Round draft.