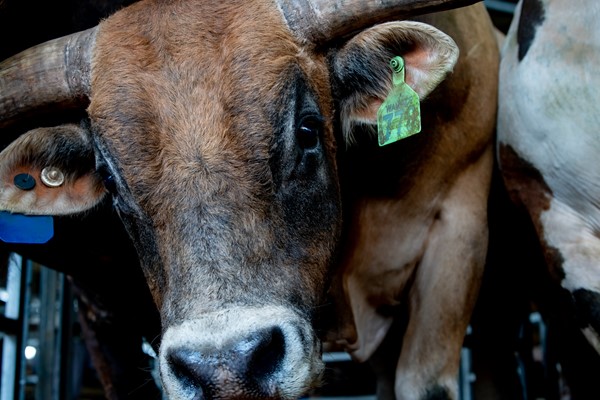 MOOVING INTO TOOWOOMBA  – This weekend, for the first time since 2020, the elite PBR Australia Monster Energy Tour will travel to Toowoomba, Queensland. The organization will buck into Toowoomba, holding the sixth event of the 2022 season, the PBR Monster Energy Tour Toowoomba Invitational at Meatsock at the Toowoomba Showgrounds on Friday, April 8 at 4:30 p.m. AEST, and Saturday, April 9 at 12:00 p.m. and 4:30 p.m. AEST.

THIS WEEKEND’S FORMAT – The PBR Australia Monster Energy Tour’s Toowoomba Invitational at Meatstock, will feature three rounds of bull riding, followed by a championship round. All competing riders will attempt one bull each in Round 1 on Friday, April 8, and in Round 2 and Round 3 on Saturday, April 9. Following the third round, the Top 10 bull riders will advance to the championship round. The event champion will be the rider with the highest total score from their four draws.

ANDERSEN GETS THE W – While riders were competing for state pride at the most recent event, PBR Origin I – Newcastle, crucial points in the race for the 2022 PBR Australia Championship were also on the line. And the big winner was Team Queensland’s Qynn Andersen who won the individual event title. While only his first two rides counted in the battle for the individual event win, Andersen went a perfect 3-for-3, riding Night Fury for 84.5 points, Breaking Bad for 83.5 points and Natural Hillbilly for 85 points. For his efforts, Andersen netted 71 national points. After traveling to Newcastle ranked No. 6 in the race for the 2022 PBR Australia Championship, Andersen surged to No. 3, now within 66.5 points of the top position. Andersen, who is amidst a hot streak, having finished second the weekend prior in Mildura to earn his position on the team, will look to continue his momentum in Toowoomba when he climbs aboard Seven Eleven in Round 1.

OTHER MOVERS FROM NEWCASTLE – Qynn Andersen may have won the individual title at the most recent event, PBR Origin I – Newcastle, but he wasn’t the only rider that gained ground in the national standings. Here’s a look at the other riders who made moves:

FAMILIAR WATERS – Round 1 of the PBR Toowoomba Invitational at Meatstock will feature two rematches with no rider having previously made the 8. For Lachlan Slade, he will climb aboard Old School for the third time in his career. After the bull bucked him off during the 2021 regular season in Rockhampton, Queensland, in 5.75 seconds, Old School again bucked off Slade at the 2021 PBR Australia Grand Finals, that time in a heart-breaking 7.91 seconds. Brody Woodard has also drawn a familiar opponent in Tezzas Pride. The two went head-to-head during the 2020 event in Toowoomba, with Woodard sent to the ground in a quick 3.94 seconds.

PAST TOOWOOMBA EVENT WINNERS – PBR Australia’s elite Monster Energy Tour has travelled to Toowoomba, Queensland, during seven seasons, including holding a double-header in the series’ most recent trip in 2020. As penultimate event weekend prior to the 2020 PBR Australia Grand Finals, Kurt Shephard won the first stop in the double-header, while Aaron Kleier rode supreme in the second event.

For Shephard, the win was his second of the season. As one of two riders to go 2-for-2, Shephard began the event with an 81-point trip atop Let’s Rock. Shephard then punctuated his perfect performance with a championship round-best, 82-point ride on Jersey Joe. Compliments of the victory, Shephard earned 74 national points. The then 26-year-old rose to No. 4 in the national standings, climbing one position from No. 5 at the start of the event.

After delivering a runner-up finish at the opening performance in Toowoomba, Kleier captured the top spot later that evening. Marking his third event win of the season, Kleier was able to decimate No. 1 Lachlan Richardson’s lead atop the national standings, and inch closer to his historic third consecutive national title. Kleier’s victory was highlighted by a Round 1 win, earned compliments of an 85.5-point ride aboard Django. He was unable to remain perfect when Black Tuxedo made quick work of Kleier, besting him in a swift 1.07 seconds in the championship round. Earning 65 national points, Kleier climbed within 26.5 points of No. 1 Richardson after entering the event 91.5 points back.

NEXT UP – The 2022 PBR Australia season will continue Saturday, April 16 for the Monster Energy Tour’s Rockhampton Invitational at Great Western Hotel. Action in Rockhampton, Queensland will get underway at 7:00 p.m. AEDT.