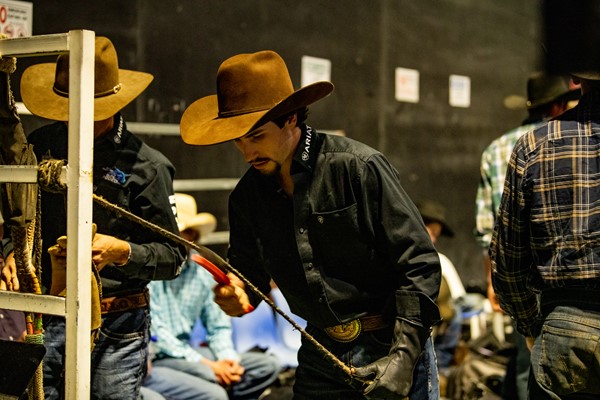 The second half of the 2021 PBR Australia season kicks off this evening at Rockhampton's Great Western Hotel. During the four Monster Energy Tour events held inside the 'The Arena' so far this year, the cowboys have covered 24.35% of their bulls.

While tonight's long round pen appears quite rider-friendly, the calibre of bucking bull will increase dramatically for an extended 14-man Championship Round.

Here are my highlight matchups for Round 1 of the event:

View the daysheet for the 2021 Rockhampton Invitational - Event 9.

Jake Curr on Tezzas Pride (JD Bucking Bulls)
Curr will be hungry to record a qualified ride here after being shut out in his first three tour appearances this season. Last weekend in Burnett Heads, Kurt Shephard became the first rider to conquer Tezzas Pride, scoring 83-points in the opening round. We have only seen a couple of left-handed riders draw this bull, but now that the ice has been broken, I think they can string a few qualified rides together. The bull is expected to turn back into the Mount Isa talent's riding hand.

Aaron Kleier on Milky Way Man (Diamond J Rodeo Co.)
Milkey Way Man has only bucked three times in PBR Australia competition. Last time out, he was ridden by Kurt Shephard at PBR Origin II in Cairns during July for 82-points. This bull hasn’t shown us a regular pattern yet, but he does tend to prefer a left-handed spin from the right-side delivery. That trend would put him into the reigning National Champion's hand. Kleier has failed to record a score aboard a bull that turns to the left just once this season. With his 2-for-2 performance last weekend in Burnett Heads, Kleier extended his qualified ride streak to five straight bulls and has pushed his season riding percentage up above 70%.

Macaulie Leather on Get A Haircut (Diamond J Rodeo Co.)
Leather gets a great chance to post a score here against Get A Haircut, who has been ridden twice so far in his limited PBR career. The most recent of those qualified rides went to Lane Mellers in Cairns for 82-points. This bull does prefer a clockwise spin, which will put him away from the Calliope young gun's hand. Still, left-handed riders have looked very comfortable during their trips on this bull over the past two seasons. Leftie Jackson Gray came away with a score on his way to winning in Bundaberg last year.

Kelsey Pavlou on Top Deck (Kleier Bucking Bulls)
The Toora cowboy is another rider who has been quietly building up a nice run of qualified rides. His scores haven't been high, but his confidence will be building off the back of those results, and he gets a chance at posting some decent numbers here. Top Deck has been ridden four times from six outs. All four of those scores belong to right-handed riders, and the average mark is 82.88 points. The bull will turn back to the right and into Pavlou's riding hand, and should result in another 8-second bull ride.