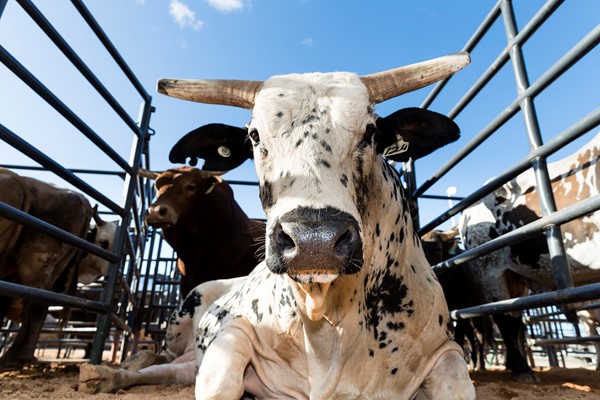 PBR Australia will return to Emerald, Queensland, for the first time since 2015 on Oct. 30.

TIME TO SHINE IN EMERALD – This weekend, for the third time in league history, and first time in six years, PBR Australia will travel to Emerald, Queensland. Action at the Emerald Showgrounds Rodeo Arena for the Back to the Heartland Series event will get underway Saturday, October 30 at 7:00 p.m. AEST.

Including the PBR Emerald Invitational, presented by Kent Hire, three events remain prior to the 2021 PBR Australia Grand Finals Nov. 26-27 in Townsville, Queensland. With an intense battle underway for the 2021 PBR Australia Championship, the Top 5 riders in the nation are within 232 points of one another. This weekend, one rider will have the chance to earn 80 national points.

THIS WEEKEND’S FORMAT – The PBR Australia Monster Energy Tour’s Emerald Invitational, presented by Kent Hire, at Emerald Showgrounds Rodeo Arena will feature two rounds of bull riding. The event champion will be the rider with the highest total score from their two draws.

KLEIER OUT WITH INJURY – At this weekend’s PBR Emerald Invitational, one stalwart competitor will be missing – No. 1 Aaron Kleier. En route to his win at the most recent Monster Energy Tour event held in early October in Mackay, Kleier sustained a shoulder injury which continues to keep him on the sidelines. In his absence, the door is open for the other hard-charging contenders to gain ground in the race for the 2021 PBR Australia Championship. While it is mathematically impossible for a lead change to happen in Emerald, one rider has the chance to make a maximum 80-point dent in the reigning three-time PBR Australia Champion’s lead atop the national standings.

SHEPHARD SETS SIGHTS ON AUSTRALIAN TITLE – PBR World Finals qualifier Kurt Shepard has his sights fixed on one goal in 2021 – the PBR Australia Championship. And while Shephard may have lost some ground to Australian No. 1 Aaron Kleier at the most recent tour stop in Mackay, the Queensland sensation still delivered a 1-for-2 finish to leave BB Print in seventh place, collecting 13 national points. Shephard began the PBR Mackay Invitational, presented by Kent Hire, in less-than-ideal fashion, dispatched by Flyin Hippie in 3.78 seconds. The World Finals qualifier, however, returned composed in Round 2, going to distance atop Drag Iron for 82.5 points. The score avenged a buckoff from the 2020 season when Drag Iron bucked off Shephard in 6.22 seconds in Beaudesert, Queensland. Ahead of this weekend’s event in Emerald, Shephard remains No. 2 in the nation, 136.33 points behind No. 1 Kleier. He’ll attempt to register his second and third consecutive qualified rides when he faces rematches in Round 1 and 2 aboard Reloaded and Flyin Hippie, respectively.

The 2021 season has been a career-best year for Shephard. Competing at eight events to date on home soil, the Mareeba native has registered a Top-10 effort in each outing. He has gone a torrid 13-for-19, covering a league-leading 68.42% of his bovine athlete counterparts. Shephard notably began the season with a bang, winning his first event of the year at the mid-June tour stop in Rockhampton. Shephard punched his ticket to the championship round of the PBR Rockhampton Invitational after covering Breaking Bad for 78 points in Round 1. Ninth on the event leaderboard following the opening round, Shephard drew Dittmann Bucking Bulls’ standout Reloaded as his final opponent. Making the 8 for a championship round-best 85.5 points, Shephard catapulted to the top of the event standings, capturing what was his first victory since November 2020. Shephard went on to earn his second event win of the season in October, once again leading the field at a Monster Energy Tour stop in Rockhampton. At the event, Shephard was quick to strike, covering Iron Jacket for a second-best 85.5 points in Round 1. The ride was the second of Shephard’s career aboard the bovine athlete, first riding him for 85 points at a 2018 iteration of the tour stop in Rockhampton. In Round 2, Shephard, however, was unable to replicate his initial success, brought down by Bang Ya Drum in a hard-fought 4.98 seconds. Despite the buckoff, the 27-year-old’s opening round effort was enough to earn him one of the coveted six positions in the championship round. Shephard returned, readying to faceoff against the previously unridden Razor Sharp. Undeterred by the 2021 PBR Australia Bull of the Year contender’s impressive resume, Shephard reached the 8-second whistle for an event-best 89 points. The golden finish earned Shephard a crucial 75.5 national points, allowing him to surpass Macaulie Leather for the No. 2 position in the national standings.

Shephard was also a key competitor for Team Queensland during the 2021 PBR Origin tournament. In addition to helping the Maroons to victory in the state vs. state competition, Shephard notched a ninth and second-place finish in the individual standings in Brisbane and Cairns, respectively.

WILKINSON WOWS IN MACKAY – The last rider to win the PBR Australia Championship not named Aaron Kleier was New South Wales standout Troy Wilkinson in 2017. While the charismatic cowboy has battled numerous injuries in the years since, he has returned in 2021 in the championship-contending form for which he had become known. His prowess for the sport was on full display at the most recent tour stop in Mackay, going 1-for-2 to conclude the tour stop a season-best second overall. Going 1-for-2, Wilkinson clinched the silver finish courtesy of a Round 2-winning, 84-point ride aboard Roam Aviation High Risk. Wilkinson left Mackay having earned a crucial 50 national points. After travelling to the event ranked No. 19 in the Australian standings, Wilkinson surged seven positions to No. 12. He is now within 355.33 points of No. 1 Kleier.

The second-place result marked Wilkinson’s third consecutive Top-10 finish. His streak began in mid-July when he concluded the individual competition at PBR Origin II – Cairns 10th. In his very next outing in early October, Wilkinson climbed the leaderboard, finishing the sixth event of the year in Rockhampton sixth. Eager to continue his momentum, and gain further ground in the standings, Wilkinson will first attempt Living on Dreams in Round 1 in Emerald, before facing a rematch in Freckles Brown during Round 2 of the tour stop.

FIELDER FIGHTS FORWARD – Reigning PBR Australia Grand Finals event winner Brady Fielder remains in the hunt for the 2021 PBR Australia Championship and earned more points in his quest for his first national title at the most recent tour stop in Mackay where he tied for fourth. Splitting the fourth-place effort alongside Caiden Sandilands and Qynn Andersen, Fielder brought the Mackay crowd to its feet in Round 2 when he outlasted Random Assault for 83 points to earn 23.66 national points. While Fielder remained No. 3 in the national standings, he climbed within 174.51 points of No. 1 Aaron Kleier.

The fourth-place result was Fielder’s eighth Top-10 effort of his 2021 campaign. He has gone 10-for-22, covering 45.45% of his draws. While Fielder is still on the hunt for his first event win of 2021, he has registered two round victories. In Emerald, Fielder will attempt to continue his surge up the national standings when he attempts Top Deck in Round 1 and Pretty Boy in Round 2.

FAMILIAR WATERS – Round 1 of the PBR Emerald Invitational, presented by Kent Hire, will feature three rematches, with two riders having experienced past success aboard their draw. Reining PBR Australia Grand Finals event winner Brady Fielder will reignite his rivalry with Top Deck which dates to the 2019 season. First going head-to-head more than two years ago in Mackay, Queensland, Fielder covered the bovine athlete for 84.5 points in Round 1 of the tour stop. PBR World Finals qualifier Kurt Shephard is slated to attempt a bull he has already covered in 2021 – Reloaded. Meeting this June in Rockhampton, Shepard rode the Dittmann Bucking Bulls’ standout for 85.5 points en route to the event win. For Lane Mellers, he will be looking to make the 8 for the first time in his career atop Makin 8 Bucksnort. Squaring off last season in Toowoomba, Queensland, Mellers was dispatched in 4.62 seconds.

As the PBR Emerald Invitational continues with Round 2, six riders will face familiar opponents, with the road headlined by the third meeting of seven-time PBR World Finals qualifier Lachlan Richardson and King Kong. Of note, King Kong is the largest bull currently bucking in PBR competition, weighing in at 990 kgs (2,182 lbs). Richardson, who is looking to remain perfect aboard the bull, first rode him for 87.75 points during the 2018 Townsville Iron Cowboy. Not meeting again until 2019, Richardson again made the 8 atop King Kong for an 88.25-point score during Round 3 of the 2019 PBR Australia Grand Finals in Townsville. For the remaining five riders, none have previously ridden their draw. Shepard leads the quintet, poised to face his second familiar opponent of the event in Flyin Hippie. The duo of athletes faced off at the most recent event in Mackay, Queensland, with Flyin Hippie getting the better of Shephard in a quick 3.78 seconds. Kelsey Pavlou and Sam Woodall have also drawn bulls they have climbed aboard once already in 2021. Pavlou bucked off Roid Rage earlier this year in Rockhampton in 2.91 seconds, while Woodall was also bested by Damage Control in Rockhampton, lasting just 2.43 seconds.

The remaining Round 2 rematches are:

PAST EMERALD EVENT WINNERS – PBR Australia has made two prior visits to Emerald, Queensland, travelling to the region in both 2014 and 2015. At the most recent iteration of the tour stop in 2015, Cody Heffernan claimed the event win as one of three riders to be flawless in Emerald. Heffernan began his campaign at the event finishing second in Round 1 after he rode Chameleon for 84.5 points. Heffernan then clinched the win when he tied for the best score of the championship round, going the distance aboard The Hump for 86.5 points. In 2014, Lachlan Richardson earned the event win as the only contender to go a perfect 2-for-2.  After finishing eighth in Round 1 via a 79.5-point ride, Richardson surged to the top of the leaderboard when he won the championship round via an 87.5-point effort.

BULL PEN – Thus far in 2021, a feverish race for the Bull of the Year honor has been brewing between Cattle King Boogers Beach and Razor Sharp.

While his impressive reign as Bull of the Event came to an end during his most recent outing in Mackay, Boogers Beach still posted an impressive 44-point score for his 5.49-second buckoff of Lachlan Richardson.

Apart from Cattle King Boogers Beach, Razor Sharp is the only other bull to earn the top score at multiple tour stops. A four-time recipient of the honor to date in 2021, after tying with Boogers Beach for the top score at the third event of the year in Rockhampton, and the Origins event in Cairns, Razor Sharp earned the honor exclusively at the event held in Burnett Heads, Queensland. Razor Sharp was marked 44.5 points for his 2.1-second buckoff of Sam Payne. Razor Sharp lead the bull pen entering the sixth tour stop of the year in Rockhampton, and while he fell just short of posting the top score, the bovine athlete was marked a respectable 44 points when he was covered by Kurt Shepard for 88 points. The score was the first on record atop Razor Sharp, ending the bull’s buckoff streak at 16 outs. Razor Sharp last bucked in early October in Macaky, becoming the first bull to out buck Cattle Kings Booger Beach. Earning the Bull of the Event honor exclusively, Razor Sharp was marked 44.5 points for his 3.5 seconds of work with Leather.

Both slated to buck in Round 2, Beau Willis will climb aboard Cattle Kings Booger Beach, while Joshua Jones will attempt Razor Sharp.

NEXT UP – The 2021 PBR Australia season will continue Saturday, November 6 in Caboolture, Queensland at QSEC Arena. Action for the Monster Energy Tour’s Caboolture Invitational will get underway at 7:00 p.m. AEST.