#InCaseYouMissedIt: Davis is Back in Business in Jacksonville, Pacheco Takes Over World No. 1 and More 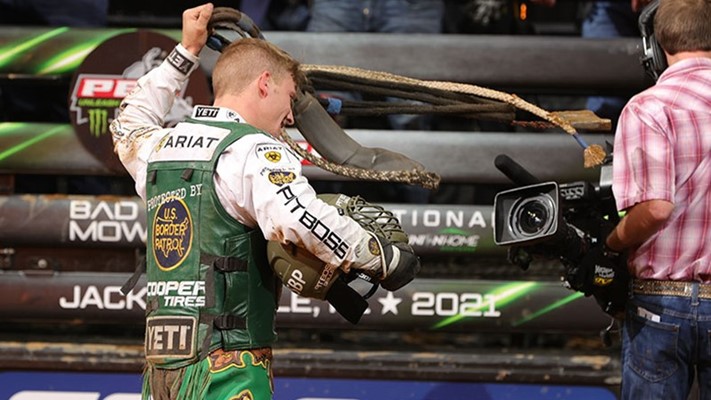 COLORADO SPRINGS, Colo. – Cooper Davis may have missed one event due to injury, but he didn’t miss a beat. Plus, there was some more world title race drama, some fresh faces earned round victories and a two-time World Champion provides an injury update. Miss a moment of the action this weekend? Here’s what happened around the PBR.

When Jose Vitor Leme bucked off in Round 1 in Jacksonville, 2016 World Champion Cooper Davis and 2018 World Champion Kaique Pacheco took advantage of the opportunity to gain ground on the No. 1 rider in the world.

And when the dust settled at the end of the event, Davis walked away with the victory while Pacheco reclaimed the world No. 1 ranking.

…and Jesse Petri, who was injured at his debut premier-series event in March, won Round 2 with his highest-scoring ride.

It’s been a rough 2021 season for two-time World Champion Jess Lockwood, and now we know why: he will undergo surgery for a nagging injury to his pelvis.

Manoelito de Souza Jr. continued his PWVT hot streak with a Round 1 victory…

…but it was Conner Halverson claiming his first Velocity Tour win with a 2-for-3 performance.

Check out the best photos from day one and day two in Jacksonville.

We’re not crying, we swear.

Everyone’s ready for this comeback!

“A bit wild” is an understatement.