Steve Dilks: The Man Behind The Lens 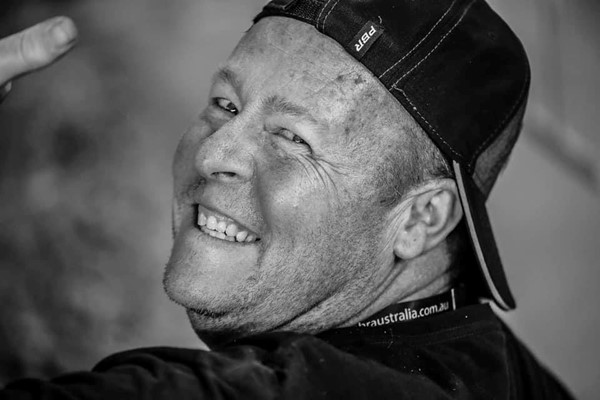 You’ve seen the photos. You’ve admired the artwork. Now, we’ve finally sat down with Steve Dilks of SAA Imaging to get to know ‘the man behind the lens’.

I’ve been taking photos for as long as I can remember. I have small little part time business, SAA Imaging, which will hopefully one day become full time. I am married to the most beautiful woman in the world, with 2 incredible kids. The thing I love about taking photos is that they are moments in time, which will never be repeated, and I love every part of it – the action, the behind the scenes, the personalities. I’ve met some incredible people – people that I now call friends. I’ve also been lucky enough to also meet some incredibly talented photographers, like Darryl Doyle – the godfather of PBR photography. If I can be half as good as him, I’ll be happy. But at the end of the day, I’m just me and I love what I do. My style is different, but I guess that’s why people either love it or hate it.

What made you get into shooting bull riding?

What other sports do you shoot?

I work for AFL Central Victoria, both men’s and women’s football leagues; Hosking Promotions, (which is the Boxing Super Series) for which I’ve covered Jeff Horn, Tim Tszyu and the Moloney Brothers (who are currently top ranking fighters in Las Vegas) fights; Baseball and Water Skiing. Outside of these sports, I’ve also covered live music. I’ve been privileged to shoot 360, Kasey Chambers, Lee Kernaghan, and The Superjesus and in my early days, I covered Parkway Drive (before they became massive). I will shoot any type of sport – I just love watching people achieve their dreams.

What is your favourite sports shot of all time?

Tough, real tough, but if I had to pick: 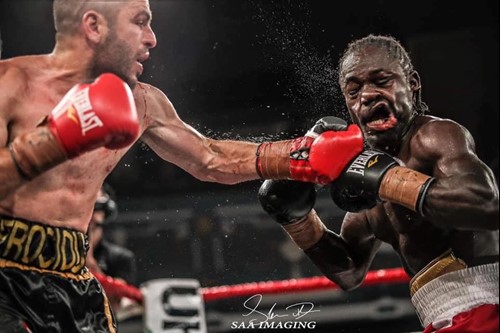 What is your favourite PBR shot?

Again, just as tough. I always remember speaking to one of the stock contractors and he said “you think the bulls are big down here (in Victoria) and can fly, you wait until you come up north, then you’ll see some big boys” – yep, he was right. 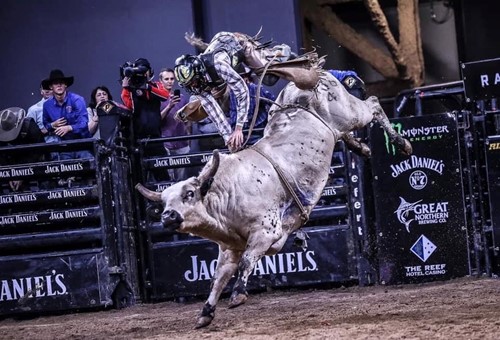 My other style of photos that I love is the quiet space, the privileged place that very few get to see, so I feel incredibly honoured to actually be able to capture it. 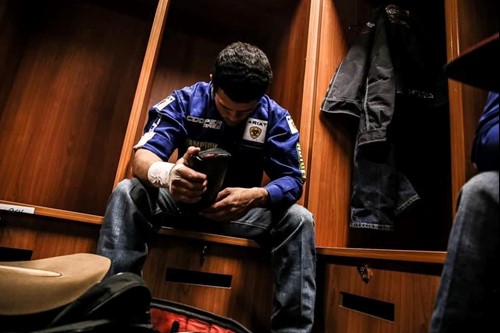 Who's your favourite bull?

I think they are all incredible and bring so much to each event, I guess the ‘not sitting on the fence’ response would be Hazmat, The D.O.C and Notorious, but again, I love them all.

Who's your favourite rider?

I can’t pick one. I’ve never felt so much a part of something. They are all an incredible bunch of guys that have made me feel incredibly welcomed. Also, the amazing team that are with PBR, they are on another level. I seriously enjoy hanging out with them on the event night. It’s like a big family and that is incredibly rare to find. But, just on the down low, these guys that ride the bulls are as tough as they come……until they see me coming with my camera!