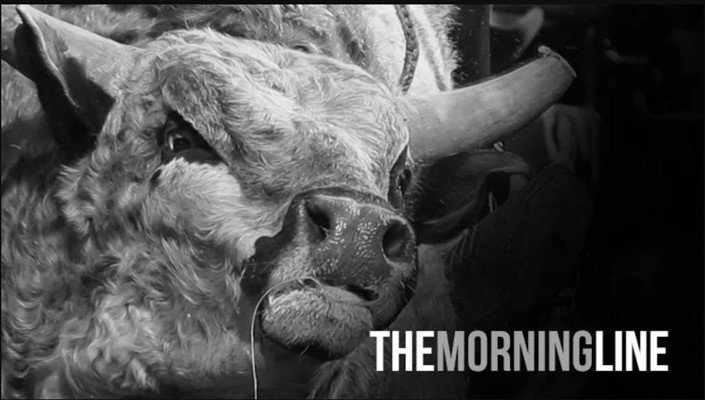 Tonight, the PBR Australia Monster Energy Tour visits the banks of the Murray River in North West Victoria for the 2019 Mildura Invitational.

The race to the Grand Finals is in full swing and riders at both ends of the National Standings must keep the pace up to ensure they make it to Townsville. We have seen the Top-5 cowboys battling for the buckle at recent events, but this event looks wide open.

Here are the highlight matchups:

Lane Mellers on Spokane (Throsby & Russell Bucking Bulls):
Spokane is the first of two favourable draws for Mellers who has ridden 7-from-9 at all levels of PBR competition over the past two months. The bull has given up three straight scores at an average mark of 83.67 points to begin his PBR career, but he got the win last time at Grafton with a 42-point bull score. When the gate cracks, Spokane can be pretty wild, but he will turn back to the right, which gives the Mundubbera bull rider the advantage.

Brady Fielder on Full Noise (Throsby & Russell Bucking Bulls):
Full Noise is undefeated in three trips, but Fielder will serve as his toughest opponent and the first right-handed rider to climb aboard. The bull doesn’t appear to have the smoothest action and tends to leap high in the air with loads of roll, which results in a steep drop. Fielder has ridden eight of his last eleven, and with the Championship on the line, he needs the eight-second ride.

Jay Borghero on Matt Black (Throsby & Russell Bucking Bulls):
This bull has bucked just twice in PBR competition and both times the rider received 84.5 points. Brady Fielder won the opening round in Grafton, while Lachlan Richardson was second in Round 1 at Queanbeyan. Matt Black will be around to the right, with loads of pace and while the Beaudesert cowboy has not been setting the world on fire of late, these two should get along just fine.

Nathan Burtenshaw on Stir Crazy (John Gill & Sons):
I might be the one going Stir Crazy, but I think this bull will suit Burtenshaw and they should combine for a score that will contend for the round win. Stir Crazy has bucked off his past six cowboys with an outstanding average bull score of 43-points. Burtenshaw will be by far the strongest rider this bull has faced since the Global Cup in 2018 when he was last ridden. The pair will do battle around to the right and look for the Coonamble talent to muscle his way to the whistle.

Lane Mellers on Ransom 2 (John Gill & Sons):
Mellers and Ransom 2 have split their previous bouts with the bull winning in 2.79 seconds at Adelaide last year, while the 2018 Rookie of the Year was 85.5 points in Newcastle for the round win during August. The bull is consistently around to the right, and while he does have a few tricks up his sleeve, most riders tend to start the favourite. I think Mellers will finish on top.

Lawson Nobbs on High Flying Akubra (John Gill & Sons):
This bull can produce a variety of trips and has a lot of up and down to his action. More times than not, we see him favour a left-hand turn. Nobbs has ridden two of his last four bulls and finished just outside the placings at the previous two Monster Energy Tour events. High Flying Akubra allows qualified rides in just under half of his trips and with an in-form leftie climbing aboard, we could see this percentage rise even higher.

Cliff Richardson on Southern Man (Throsby & Russell Bucking Bulls):
Richardson has gone 5-for-6 at the past three Monster Energy Tour events, picking up the buckle in Grafton and finishing runner-up at Queanbeyan. He faces stiff opposition here in Southern Man who is 4-0 in his short career. This bull has been posting low bull scores, and last time we saw him buck, Southern Man put in a fake to the right and turned back left. Richardson knows he can’t afford to falter and that should get him over the line here.

Brady Fielder on Train Wreck (Throsby & Russell Bucking Bulls):
These two talented athletes have met up twice in PBR arenas, and the bull has got the better of the Rookie on both occasions. At PBR Origin, the buck off came at 4.35 seconds with a 42-point bull score, and in Newcastle, 7.55 seconds with 42.5 points awarded to the bull. Train Wreck has a hop stepping action and will be around to the left and has allowed just one qualified ride to a right-hander. Fielder can’t afford to get caught on his pockets as this smart bull reaches deep for his effort kick.